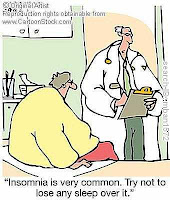 Richard Pascoe, chief executive of Somaxon Pharmaceuticals (SOMX-$1.10), expressed confidence that the resubmitted New Drug Application of Silenor (doxepin) for insomnia in adults will address the FDA’s concerns about the drug's sleep maintenance efficacy and cardiac safety profile (risk of ventricular arrhythmias). Irrespective of a favorable approval, the commercial success of Silenor is far from a certainty.

It will take at least six-months for the FDA to complete its review—and the marketing window for Silenor is closing quickly, with the in-licensed patent for the treatment of chronic insomnia (when the inability to fall asleep last for more than three weeks) scheduled to expire in March 2013. In addition, although the company claims that Silenor’s selective histamine H-1 blockade – and lack of specificity for re-uptake at other central nervous system target sites – makes the drug a good candidate for insomnia, it is unlikely that mechanism of action alone will be enough to convince physicians to switch from better established sleep hypnotics, which include Lunesta (eszopiclone), Ambien CR (and its generic zolpidem), and Restoril (and its generic temazepam).

Somaxon is running out of cash, and is expected to announce a highly dilutive capital offering by the end of July (likely stock-warrant units). Management has yet to formalize a strategic partnership with a pharmaceutical company that already has established access to the highest prescribing physicians of insomnia treatments, too. The longer it takes the company to announce a strategic deal, the less income it is likely to keep in a royalty-sharing arrangement.

It’s a common myth that your sleep quality decreases as you age. Existing Somaxon shareholders, however, have plenty of worries to keep them up at night.

Editor David J Phillips does not hold a financial interest in any stocks mentioned in this article. The 10Q Detective has a Full Disclosure Policy.
Posted by David J. Phillips at 11:06 PM

The National Sleep Foundation show's the data and effects of Insomnia. Also Ambien has EKG side effects and Silenor does Not. (Google Ambien and EKG)

From National Sleep Foundation
About Insomnia

Approximately 70 million American adults are affected by insomnia – characterized by difficulty falling asleep, waking frequently during the night, waking too early and not being able to return to sleep, or waking up not feeling refreshed.


•54% experience insomnia symptoms every night or a few nights a week,
•32% awake often during the night (sleep maintenance),
•21% wake up too early and cannot get back to sleep (premature final awakening), and
•21% have difficulty falling asleep (sleep onset).

The negative health consequences of insomnia are becoming better understood. Studies have shown that insomnia lasting more than four weeks is associated with a wide range of adverse conditions, including mood disturbances, depression, difficulties with concentration and memory, and certain cardiovascular, pulmonary and gastrointestinal disorders. Chronic sleep deprivation has also been associated with an increased risk of diabetes and obesity. One study showed that when normal sleep was restricted by as little as two hours per night across two weeks, the affected person experienced a significant decrease in cognitive function that resulted in reaction time and other performance measures resembling those of a person who stayed up for 48 hours straight.

Comprehensive IP Protection
· Patent protected for use in insomnia through 2020.

· Next generation product in development.

The float is 18.4M and very small of which insiders own 4M.

Highly Dilutive is ridiculous with such a small float.

Patent protected for use in insomnia through 2020.

· Next generation product in development.

Why do you not report the facts?

Why not supply a link for your read the fine print. Your talking about all generics not specifically Silenor.

The leading approved insomnia medications, Ambien®, Ambien CR®, Sonata® and Lunesta®, work by binding to and activating a different set of brain receptors known as GABA receptors. These products induce sleep by non-selectively suppressing the CNS arousal mechanism and are associated with numerous undesirable side effects such as hallucinations, amnesia, complex sleep behaviors (e.g., sleep driving, sleep eating) and the risk that these medications are habit forming. Because they carry a risk of dependency, they are designated by the DEA as Schedule IV controlled substances, which require additional registration and administrative controls. These products tend to be effective at inducing sleep, but continued non-selective suppression of the arousal system upon awaking will likely result in residual sedation, a side effect that is viewed negatively by the overwhelming majority of patients. As a result, these products are designed so that their effects can be expected to wear off prior to the end of the night.

No disrespect intended -- but, do you really think physicians {in the trenches) who do the bulk of prescribing really care about mechanisms of action?

Ambien is a great drug and most patients tolerate it very well. IF that wasnt true, it would have never been a $2B drug.