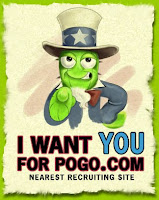 Electronic Arts (ERTS-$23.13), home to some of the most popular PC games of all time, including the blockbuster Sims, Madden football, and Rock Band franchises, reported a loss of $1.08 billion for fiscal 2009 ended March, hurt by weaker-than-expected holiday sales and an admitted failure to score enough big sellers on the most popular game console system, Nintendo’s Wii. The video game publisher can weather the current downturn in consumer spending, as it sits on more than $2.1 billion in cash, according to its annual regulatory filing with the SEC. Curiously, as Wall Street analysts argue amongst themselves about the merits of EA driving growth by staying on roads well-traveled—reliance on churning out sequels to pre-existing hits and producing big, expensive Hollywood-style games (think the oft delayed Harry Potter and the Half-Blood Prince)—not one analyst bothered to voice any concerns on information buried deep in the body of the regulatory filing—the fact that the video game maker almost defaulted on real-estate loan covenants!

Electronic Arts leases certain of its current facilities, furniture, and equipment under non-cancelable operating lease agreements (recorded as off-balance sheet commitments). In February 1995, the company entered into a build-to-suit lease for its headquarters in Redwood City, California. This facility comprises a total of approximately 350,000 square feet and provides space for sales, marketing, administration and research and development functions. The lease expires in January 2039.

On February 2, 2009, the lease was amended to modify the Fixed Charge Coverage Ratio, the Quick Ratio and the Consolidated EBIDTA definitions used in the covenants. In the event that the company had not entered into this amendment, which covered the quarter ended December 31, 2008, as well as future quarters, Electronic Arts would have been unable to meet the Fixed Charge Coverage Ratio for the December quarter—default!

In December 2000, the company also entered into a second build-to-suit lease to expand the Redwood City headquarters facilities by an additional 310,000 square feet. Development of the adjacent property was completed in June 2002. Similar to the 1995 lease, had the company not modified the Fixed Charge Coverage Ratio, it would have been in non-compliance of that lease, too.

The two lease agreements are with KeyBank National Association. The following table sets forth the amended financial covenants as of February 2, 2009 (all of which EA is currently in compliance with as of March 31, 2009):

Are the financial covenant issues more an annoyance than an omen of future balance sheet concerns? Afterall, EA could purchase both properties for $247 million, according to related arrangements disclosed in the 10-K filing.

Fixed charge coverage rato indicates a firm’s ability to satisfy fixed charge obligations (such as bond interest and lease payments). As previously mentioned, EA is sitting on more than $2.0 billion in cash—more than enough to meet its fixed charge obligations. In singularity, the lease issues are irrelevant. However, if EA keeps churning out recyled versions of “in-the-box” units for PC-platform games while ignoring the explosion of software apps being written for iPhone, Facebook, and 3-D Second Life virtual gaming communities—EA could find its cash hoard being eaten faster than the tape of an eight-track cartridge.

Even scarier is the rise of free games. As presciently opined by Dean Takahashi last month in VentureBeat: What happens when the user decides that free is best? This is the same problem that newspapers, movies, music, and other producers of content are facing as the Internet undercuts the traditional barriers that have kept prices high.

As EA grapples with a weak consumer spending environment and the changing dynamics of interactive entertainment, fissures are opening up on the balance sheet: cash generated from operations plummeted 96 percent to $12 million and shareholder equity fell 28 percent to $3.1 billion. Nonetheless, chief executive John Riccitiello remains cautiously optimistic on the sales outlook for 2010, telling analysts on the earnings call that a strong lineup of titles on EA’s core platforms (PS3, Xbox 360, and Nintendo Wii), including The Sims 3, Tiger Woods PGA Tour 10, and Harry Potter should drive sales and profitability.

In my opinion, EA’s wireless, digital service initiatives will define the financial health of the company in the years ahead. The digital business is currently scaled at over $400 million and is growing north of 20 percent per annum. Although wireless sales will contribute only about 10 percent of anticipated revenue of $3.7 billion to $3.85 billion in fiscal 2010, EA remains committed to being the number one publisher in wireless in North America and Europe combined, said Riccitiello.

EA’s global publishing footprint has long been a strategic advantage for the company. Setting the investment stage in wireless and making their games more accessible to a broader audience, including social networking (such as Pogo on Twitter!) will, in my opinion, strengthen further its balance sheet in coming years, too. Or, as Oliver Wendell Holmes said: “it is not so much where we stand, as in what direction we are going.”
However, with management providing 2010 guidance of additional losses in the range of $0.85 to $1.45 per share, EA could find itself amending lease - loan covenants once again.

Editor David J Phillips does not hold a financial interest in any stocks mentioned in this article. The 10Q Detective has a Full Disclosure Policy.
Posted by David J. Phillips at 3:58 AM

"Oft delayed Harry Potter and the Half-Blood Prince"...are you implying that it was EA's fault that the next Harry Potter game got delayed? The movie itself was delayed because Dark Knight blew away expectations and WB wanted to push out the Potter rev to next year. Obviously the game can't be released until the movie comes out. Please be fair, now.