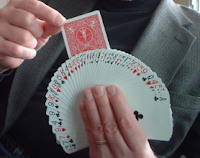 Despite year-on-year revenue growth of 91 percent to $66.7 million and comparable net income gains of 67 percent in 2008, the share price of China Natural Gas (CHNG-$2.45) tumbled more than 60 percent last year. Now that crude oil prices are trending higher again, is this the time to step in and purchase stock of the owner/operator of 35 compressed natural gas (CNG) fueling stations for hybrid (natural gas/gasoline) powered vehicles in Shaanxi and Henan provinces?

The company estimates that currently there are approximately 50,000 vehicles using CNG in the Xi'an metropolitan area (where it owns 23 fueling stations), with some 6,000 buses and 20,000 taxis using CNG. The PRC government projects that current total demand for CNG as a vehicular fuel in Xi'an (capital of the Shaanxi province) is approximately 1,070,000 cubic meters per day—more than the approximately 940,500 cubic meters of CNG pumped per day. As a result, management believes that there is significant unmet demand for CNG as vehicular fuel.

The major market risk exposure is the pricing applicable to purchases and value-added reselling of condensed natural gas, which are regulated and fixed by the PRC central and local governments. Ergo, revenues and profitability depend substantially upon the end-user demand for natural gas. In 2008, sales of CNG increases year-over-year 82 percent to 149.4 million cubic meters, due to the addition of 11 new filling stations. Growth will likely slow in 2009 as management anticipates adding only five new fueling stations.

Average construction costs per fueling station and construction period are $900,000 - $1.0 million and two – three months, respectively. If the future is so bright—with demand allegedly outpacing supply—why is the company only building out capacity by five gas stations this year?

Could it be a looming cash shortage? The company added $42 million in long-term debt to the balance sheet in 2008, due to a liquefied natural gas terminal being constructing in Jingbian, Shaanxi province. Management opines that transportation savings from the processing plant will result in lower transportation costs and improved margins. What about the interest expenses and fixed, operational costs associated with the debt and facility servicing? The plant is expected to start operation by late 2009. Once completed, the plant has LNG processing capacity of 500,000 cubic meters per day, or approximately 150 million cubic meters on an annual basis.

Construction of the LNG facility has not helped the share price of CHNG. The company issued senior notes to Abaxis Lotus Ltd. in exchange for $40 million in funding. In connection with the purchase agreement, CHNG issued seven-year warrants exercisable for up to 2.9 million shares of the company’s common stock at an initial exercise price equal to $7.3652 per share. The exercise price was reset to $3.69 a share on January 29, 2009.

"The magician and the politician have much in common: they both have to draw our attention away from what they are really doing." ~ Nigerian writer Ben Okri

Is CNHG management practicing sleight of hand, too? In an April 2008 Investor Presentation, management said it would have 42 fueling stations in operation by January 2009 and was "working with the Thai government to evaluate opening retail CNG filling stations throughout Thailand." As of March 2009, CHNG had no CNG operations in Thailand.

The company purportedly owns property and equipment worth $76 million, up from $32 million in fiscal 2007. However, the 10Q Detective observes that at December 31, 2008, one consultant based in California served as CHNG’s accountant—she being the one engaged to prepare the financial statements! In a related concern, according to the 2008 FORM 10-K filed with the SEC:

CHNG is not a new story for us. The 10-Q Detective owned/sold 2,000 shares of the stock for an 18 percent short-term gain in early 2007. The profitability of the LNG terminal aside, we still believe that the company’s original business model—acquiring and operating CNG fueling stations—is an attractive growth opportunity. We just need some credible reasons to believe that CHNG—with its current management—can become a leading CNG player in Shaanxi, Hunan, and other provinces in Western China.

Editor David J Phillips does not hold a financial interest in any stocks mentioned in this article. The 10Q Detective has a Full Disclosure Policy.

this article was written on march 22, 2009. The closing price of the stock was $2.45. Now if you wrote this with all the correct information then you were right. However, you did not, and you did not provide all the correct information. This proves that you are just trying to suppress the stock down so you can buy it for a cheaper price. I will report this to the SEC if you do not take this post down. Your research proves that you are bias and make false report about the company. You indicated "The company estimates that currently there are approximately 50,000 vehicles using CNG in the Xi'an metropolitan area (where it owns 23 fueling stations), with some 6,000 buses and 20,000 taxis using CNG. ". However, the company never claimed that there were 50,000 vehecles using CNG in Xi'an city. Futher more, you indicated "In connection with the purchase agreement, CHNG issued seven-year warrants exercisable for up to 2.9 million shares of the company’s common stock at an initial exercise price equal to $7.3652 per share. The exercise price was reset to $3.69 a share on January 29, 2009.". Where did you get the information that the exercise stock price was reset to $3.69 a share on January 29, 2009? While the company did not post any information regarding the repricing of the stock price, it did release an announcement that it had received an extention to delay NASDAQ listing and YOU FAILED to indicate that information. Your article shows every false negative information about this company yet shows no positive information about it. WHAT EXACTLY IS YOUR INTENTION?

"The Truth Is Out There!" That is my intention. I do not hold a financial interest in CHNG--long or short. The 10Q Detective has aways maintained a Full Disclosure Policy. I welcome you reporting me to the SEC--maybe you can have them take a look at CHNG's books, too :). Given the SEC's track record of late, doubt they are capable or competent to discover anything of value to investors....

Thanks for the article. The books and management in Chinese companies are a minefield of shenanigans.

Is it legal to nominee prop trade a pps from zero to $2, twice in 2005, and then on up to $6 in 2006? Also a simple read to turn back to the filing disclosures concurrent with those MAGICAL-PRICE-RESET dates to discover EXACTLY who the pps prop magicians were, by name.

Out of the Markopolos hearings, examination of TRADE-TICKETS, would have been the easiest due diligence in exposing Madoff at any time. Same with CHNG, examine those early trade PPS PROPPING tickets? Is it possible the SEC is that incompetent, more like probably.